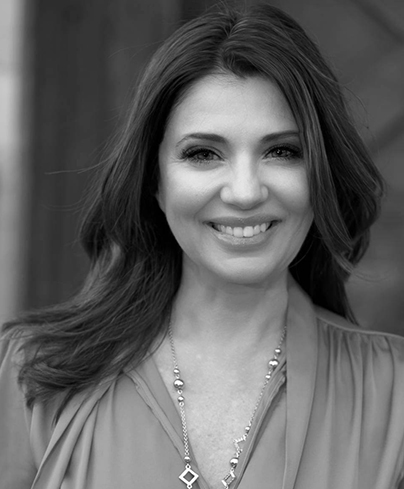 Maria is a first-generation American, raised in Virginia. As a teenager, she was placed in modeling classes and booked nationwide fashion shows, pageants, and was even a debutante. Maria studied Greek language and dance, performing live at festivals. By the time Maria reached her twenties, she earned degrees in the beauty industry as a licensed Esthetician and Cosmetologist.

Having moved to Miami in the ’90s, she worked as a professional make-up artist and spokesmodel for a variety of products, starting with cosmetics in infomercials and then expanding to nationwide commercials with budgets of over $20 million in yearly marketing campaigns. She has vast experience with live audience sales, on-camera promotions to modeling for ad campaigns.

Some of the companies that she has represented in the last 20 years include KODAK, CHAMPION SPORTSWEAR, KORRES, and RELAXIUM, to name a few. Maria has also been featured on Channels such as A&E on their documentary segments, LIFETIME on “the perfect wedding story’ in addition to many infomercials.

She has a look that resonates with many ethnicities, natural poise, well-spoken with ease in front of an audience that is proven to make sales skyrocket.